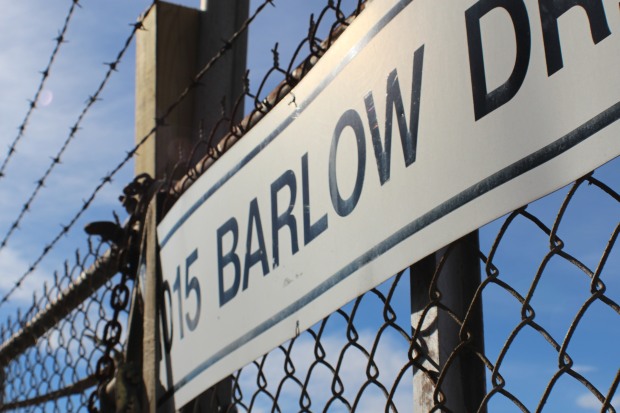 The site of Freedom Industries after its court-ordered destruction.

Hi, fellow Water Crisis advocates, friends, and newcomers. I have some extremely important updates for you on recent developments on the Water Crisis. Whether you’re from West Virginia, the Appalachian region or are an environmental advocate or just someone who cares about how corporations affect your family’s health and safety, this is for you. If you need a primer on the Water Crisis to get you started, I recommend watching one of these two short videos I created.

Copenhaver defined the liability classes as:

• All people or entities who owned businesses operating in real property supplied tap water by the plan on that date; and

• All people who were regularly employed as hourly wage-earners for businesses that operated in real property supplied tap water by the plant on that date.

The class-action suit alleges the water company did not adequately prepare or respond to the leak, which occurred just 1.5 miles upstream from its regional water intake. It alleges Eastman — which manufactured the chemical MCHM and sold it to Freedom Industries — did not properly test the chemical or warn buyers or the public about potential health impacts.

This means there are at least 300,000 people who may qualify to participate in this class action lawsuit. Of course, as a Water Crisis advocate who knows the many details of this event and the arguments regarding both companies’ failure to protect the public, I am thrilled this lawsuit is being permitted to move forward. As a Ph.D. who studied West Virginia history, I am moved and greatly encouraged that such a case is finally being allowed by such an industry-driven government (yes, especially in the judicial branch; if you want more on that just read renowned historian John Alexander Williams’ West Virginia and the Captains of Industry). I wasn’t as surprised as I could have been because the trial of West Virginia coal baron Don Blankenship has given me more hope for the state as of late, but I was still elated.

This trial moving forward means that a federal judge acknowledges there may have been negligible acts on the part of both companies that harmed the public, who now have a chance to prove these acts occurred and demand restitution. That, my friends, is a huge win. Think the “Erin Brockovich” class action against Pacific Gas and Electric for knowingly poisoning Hinkley, CA residents with hexavalent chromium. West Virginians finally have the chance to stand up in court to defend their health and livelihood against two dominating companies in the West Virginia industrial landscape.

And remember, class action lawsuits are not just about restitution for individuals, they are about public policy change. It is my hope that the stories of those affected by the Water Crisis will gain further national attention as a result of this trial so that the rest of the nation might realize their own vulnerability against mass hazardous chemical exposure of this sort. The best case scenario is that this attention will result in legislative changes both at the state and federal level because one of the key lessons learned from the Water Crisis is that federal laws like the Clean Water Act were not being enforced at the state level (and not just in this one instance, but statewide and for decades ).

Now for the not-so-encouraging news. Last week Eastman Chemical Company released the toxicology results of their study on “Crude” 4-MCHM, one of the many chemicals present in the chemicals spilled into the Elk River by Freedom Industries. The abstract explicitly states: “Collectively, the findings and predictions indicate that crude MCHM poses no apparent toxicological risk to humans at 1 ppm in household water.” 1 ppm is one part per million, which was the CDC’s screening level for 4-MCHM.

What lay and even some expert readers of this study may not notice or recognize the importance of is that this report was 1) conducted by Eastman Chemical Company; 2) contradicts findings from external researchers, such as Dr. Andrew Whelton and the West Virginia Testing and Assessment Project (WV TAP), which was funded by the state government after much public outcry and conducted by world-renowned scientists and engineers not affiliated with the chemical industry, or the Kanawha Charleston Health Department; 3) the study relies on incomplete (and therefore inconclusive) studies by the National Toxicology Program and many non-peer reviewed studies; and finally 4) the study admits to using toxicity data collected on 4-MCHM from the 1970s rather than collecting data or using data collected for the aforementioned studies that accurately reflects the composition of 4-MCHM today.

Why Eastman Chemical released this study the same month the class action suit against them was approved, I can only surmise. I’m sure you can too.